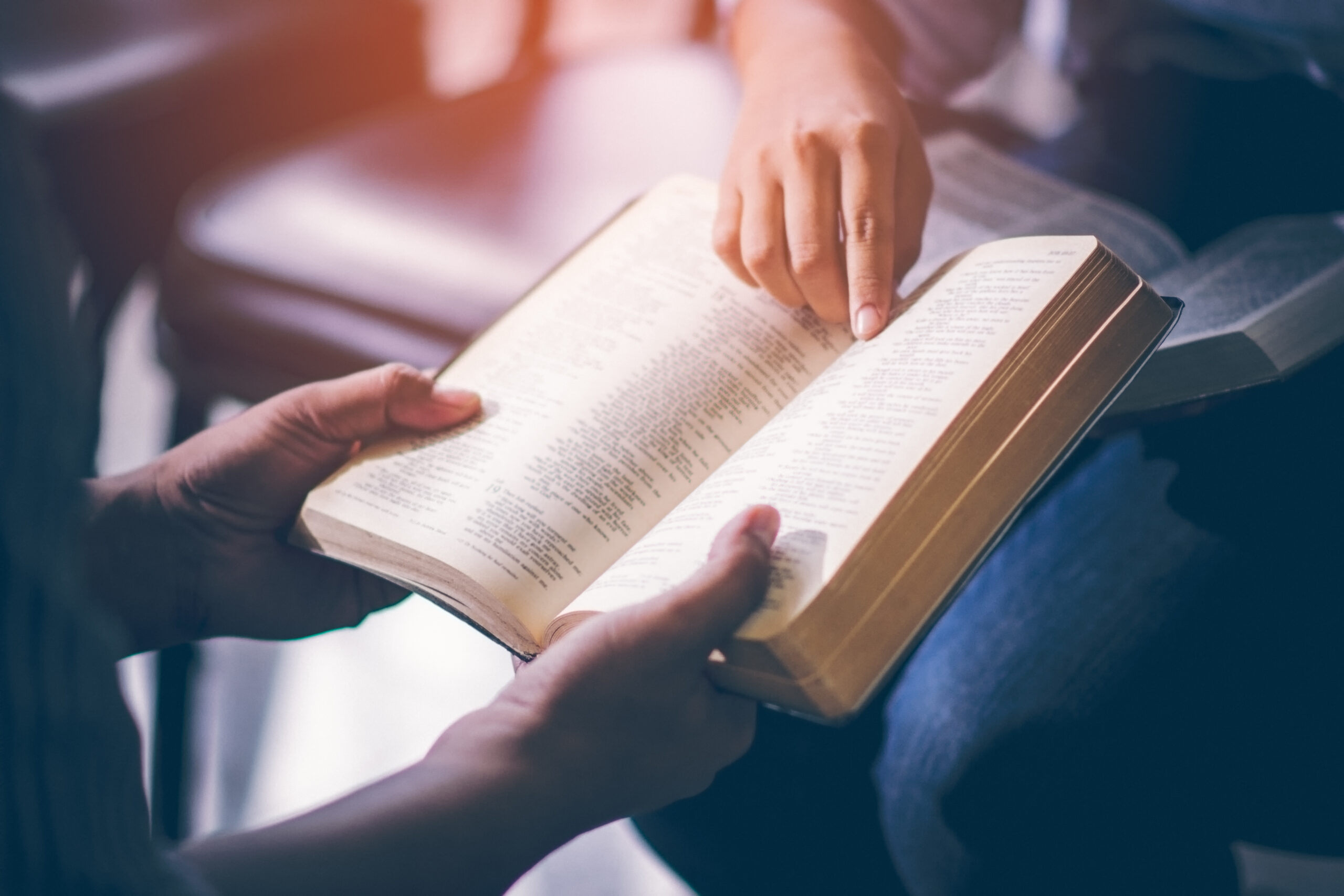 Understanding the Different Versions of the Bible

Why are there so many different versions of the Bible?

The number of versions of the bible can actually be rather overwhelming. It’s hard enough to figure out the differences between the King James Version (KJV) compared to the English Standard Version (ESV), let alone the many different versions within the versions. For example, you might have a military edition of the ESV Bible or a men’s ESV study bible. The list could quickly become endless.

Part of the reason for so many new bible translations is the method or philosophy used when translating from one language to another. There are three main types of translations, which are:

· Word-for-Word – This type of translation will follow the Hebrew, Aramaic, and Greek texts as closely as possible.

· Meaning-to-Meaning – With this new bible translation, the goal is to provide the same meaning without as much concern with the words being the same.

· Paraphrased – Some bibles, such as The Living Bible, use a paraphrased translation, which is easier to read with modern language. Still, the translator exercises quite a bit of “poetic license” in the translation.

Of course, there are also so many different versions of the bible because it has been translated into more than 690 languages throughout time. This, alone, would cause there to be many versions of God’s word floating around out there.

The protestant revolution of the 1500s led to many of the popular translations described today. When Martin Luther started this revolution, he also eliminated several books from the Roman Catholic bible. His first translation of the Bible was in the German language of the time. Along with eliminating books, Luther also changed wording throughout his bible translation.

10 Most Popular Versions of the Bible

The most widely used Catholic Bible in the United States, the New American Bible (NAB), is produced by the USCCB and Catholic Bible Association. It is known as a literal translation, and for most modern Catholics, it will read well in the more modern English language.

Another literal translation of the bible, this version is rooted in the tradition of King James and Tyndale. However, it doesn’t have the archaic language you will find in other, older versions of the bible. It’s very closer to the Revised Standard Version of the bible. It may also be referred to as simply the English Standard Bible.

The New American Standard Bible (NASB) is very close to the ESV bible. It follows similar styles as the King James Bible with modern English instead of old English. You will find that this translation will use capital letters for any pronouns relating to divinity.

Known as one of the most popular bibles for Traditional Catholics, the Douay-Rheims bible uses a bit of older language. It’s known as one of the most accurate translations of the bible since it was done by Saint Jerome, who had access to both Hebrew and Greek manuscripts that were later lost. This version of the bible also dates back much further than many of the others on the list. It even contains many passages that other Roman Catholic Bible versions don’t, such as the RSVCE and NAB translations.

Another translation of God’s word that is quite a bit newer, the Common English Bible (CEB), was published in 2011. This version of the bible strikes a balance between dynamic and formal with many traditional church terms. Most of the translators that helped with the CEB came from progressive or mainline protestant churches. This translation was created by five church publishing houses and reads at a seventh-grade level.

The Good News Translation (GNT) or Good News Bible is also known as Today’s English Version. It was originally published in 1976 and later revised in 1992. The Good News Bible uses common English, and editions of this bible are available for Roman Catholic readers.

The Tyndale bible was one of the early protestant bible translations. William Tyndale translated it, and it’s universally recognized. This Bible version came from Greek and Hebrew scriptures and offered a quality translation that has been used since the 16th century.

What bible do Catholics use?

Catholics use several bibles in today’s world. With the Catholic church split into Novus Ordo (modern) and Traditional (pre-1970), the versions of the bible found within this Christian religion are numerous. Two versions are found on the most popular list: the Douay-Rheims Bible and the New American Bible.

The Douay-Rheims Bible is the most commonly used Catholic bible by those in the Traditional Latin Mass parishes. At the same time, the New American Bible is more common in the Novus Ordo parishes. Other English bible versions used by Catholics include:

If you are a Catholic looking for a study bible, the last three on this list are popular choices.

The reason Catholics use a different version of the bible than protestants is two-fold. All Catholic bibles will include 73 total books, with 46 in the old testament and 27 in the new testament. Catholic bibles have seven more books than the most common protestant bibles.

What religion uses the King James version of the Bible?

Many protestant churches may use the King James version of the bible, but it’s not commonly chosen as the bible of a specific religion today.

Originally, the KJV was the authorized version of the English bible for the Church of England. It was commissioned to be completed in 1604 and was published in 1611.

Many protestants don’t use the original KJV bible because it has 80 books. The Apocrypha is found in the original versions, which is not found in most modern protestant bible versions. However, some Christians may prefer the KJV bible from 1611 as it’s a closer English translation than other versions.

What language was the original bible written in?

Greek was the most common language found in the New Testament. However, modern speakers of Greek would still struggle to read the older text, as the language has changed quite a bit since the Word of God was written.

What is the closest translation of the Bible?

The answer to this question depends on the source you go to. Many will say the KJV bible is the most accurate, but others will point to older versions. Also, if you speak to a Catholic, they might give you a different answer than a protestant.

Differing translation philosophies make for a huge obstacle in identifying the translation truest to the original word of God. For example, you might find someone that prefers format equivalence or word-for-word translation, and they might base their opinion of accuracy on that preference. However, someone who prefers dynamic equivalence or thought-for-thought translation might choose a different version.

If you’re searching for the most accurate translation of the English bible, there are a few versions you may want to consider:

· Christian Standard Bible – Even though it was translated in 2017, many believe this revised version of the HCSB bible is one of the most accurate. It has become rather popular in protestant circles due to using functional and formal equivalence throughout.

· Douay-Rheims Bible – The Traditional Catholic community believes the Douay-Rheims Bible is the most accurate. This version of the bible was translated from Latin, which the Catholic Church commonly used for the bible as it was translated from the original languages into Latin first. Therefore, for many Catholics, this is the most accurate translation of the bible.

· English Standard Version – Some believe the ESV bible is the most accurate translation because it’s an essentially literal translation. This Holy Bible version sticks to the original text as much as possible while providing updated modern language.

· New American Standard Bible – The NASB version of the holy bible is an updated version of the American Standard Bible from 1901. The ASV used a word-for-word translation style; the NASB tries to do the same while remaining understandable and giving Jesus Christ His proper place. It has been updated twice since the original version was published.

Do all denominational churches use the same bible?

A reformed church comes in two different types: German Reformed and Dutch Reformed. Both are European churches that separated from the Roman Catholic Church during the protestant reformation.

From there, other reformed churches were created, including the Reformed Church in America and the Christian Reformed Church. Reformed theology is at the center of these churches and is also taught by some Baptist churches and Presbyterian churches. It may also be referred to as Calvinism.

Over the years, reformed churches have used different versions of the bible and have approved several translations, including:

It’s pretty easy to see that a church using reformed theology will have many different approved bible versions. However, a church with a deeper, longer history, such as the Catholic Church, may not have nearly as many approved bible translations. When you start looking at non-denominational churches, you will find a variety of bible versions used throughout. This type of church often has roots in another denomination, such as Baptist, Lutheran, or Methodist, but not always.

With some of the most common protestant denominations, you will find a stricter mandate when it comes to a specific translation of the bible. Some of the denominations and the bible versions they use include:

· Eastern Orthodox Churches use a bible in Greek

While some denominations have approved versions, most allow members to use any translation they want at home, though they may have a preferred option during services. It can also vary widely from one church to another throughout each denomination.

What are the disadvantages of so many bible translations?

One of the main disadvantages of so many different bible translations is the confusion it can cause. For example, a passage in a New English translation may not read the same as a passage in the New Living Translation, which can become confusing for some Christians.

Another disadvantage that has become a problem is that some of the original languages don’t translate well into other languages. This has been rather difficult when it comes to translating the bible into English and is one of the reasons there are so many translations. Without careful consideration when a version of the bible is translated, a passage can lose the same meaning it had in the original language.

It has also become more difficult to trust the accuracy of some new English bibles due to a new version being translated from another English bible. If the first translation had mistakes or didn’t convey the same meaning as the original language, the new version won’t either.

What are the advantages of so many bible translations?

There may not be any direct advantages to so many bible translations other than the bible being available in many different languages. However, multiple translations can provide the benefit of choice; this can also be overwhelming.

How can Church.org help answer my questions?

When you’re trying to study the Word of God, whether it’s the old testament or the new testament, you want the best bible translation. Figuring out what to study with each different version of the bible can be difficult. However, you can get many answers to your bible questions from Church.org.

When you want the most accurate bible translation for your bible study, you can find the answers you need. With Church.org, you gain a resource you can use for all your bible questions, no matter how new you are to the faith. 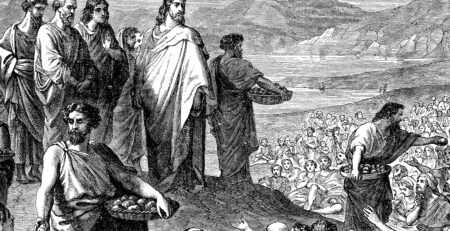 Disciples of Christ: Who They Are and What They Believe

If you’re a Disciples of Christ follower and recently moved into a new...