Evangelical Churches Near Me

We know that we are called to gather in congregations to be part of the body of Christ; we have also begun to understand that we need one another as people of common faith and belief. We can always find fellowship; Christianity continues to grow, even as the world changes and moves around us. The knowledge of the church as a body of Christ rather than a secluded gathering will help us greatly at these times in the world so that we can build ourselves and stay strong together. Connecting on Church.org is one way to ensure that no matter where you are, you are connected to the body of Christ.

The fellowship of the believers has been through a lot in past years, but one important thing has been the way the Christian faith has been passed down from one generation to another; this is the very factor that has birthed the variations of the churches that we now have. Churches such as The Catholic Church, The United Methodist Church, The Presbyterian Church, The Baptist Church, and The Lutheran Church have sprung from a common place but have defined a set of doctrines that binds the way they pass down the faith.

The Evangelical church, among others, is marked by their belief in Jesus Christ as Savior and the need to help others see the reason to receive Him, thereby making “Disciples of all nations.” The term “evangelical” refers to a person who has experienced an “evangelization,” or spiritual awakening, during which they commit their life to Jesus Christ as Lord and Savior. Evangelicals are evangelical because they commit their lives to follow Jesus Christ as Lord, Savior, and Master of their lives. This goal is called “Christian maturity.” They also reminisce on their Lord through “The Lord’s Supper.”

Other beliefs that make the evangelical churches different from other divisions of Christianity are their belief in Rapture and the Second coming of the Lord Jesus. This is captured or contained in the Faith Statement of “The Evangelical Free Church of America.” They totally rely on the word of God alone as far as their faith is concerned; they also prioritize their belief in the triune nature of God. The evangelical church, unlike other divisions of Christianity, holds the belief that Christians should see their loyalty to God as a personal faith that is also regarded as their salvation; their precepts are passed down through intentional structures like Sunday schools which take place on Sunday morning and bible study. Their gatherings are regarded as worship services which are largely held on the first days of the week. The Evangelical churches believe in the Lord Jesus Christ. They believe in his resurrection, hold the Holy Spirit of God in high esteem,, and believe in his power to change a person’s life. Evangelicals are also addressed as believers.

Pastors led and still lead evangelical churches. Women can be senior pastors in some churches, but this is not universally true. The role of auxiliary pastors may differ depending on your denomination and what you feel the needs of your congregation are. In some churches, the senior pastor will be the pastor of only one congregation, while in others, they may lead several. Some churches have many pastors – often with a core group of associate clergies. Different pastors lead differently. Some like to give a lot of direction, while others prefer to be more collaborative with their colleagues and fellow clergy. Some prefer a large team of additional staff, while others prefer to work more closely with only a few key people. Many pastors are trained in theology, but equally, you will find those with a background in business, education, or the secular world. Worship in evangelical churches has an order which must include prayers in the name of Jesus, the sharing of God’s word or what is called a “sermon,” and discipleship, which is a process of schooling new converts and establishing them in the knowledge of faith in God.

The evangelical church is the world’s second-largest religious group. It has approximately 150 million members and comprises people from all different ethnic backgrounds, socio-economic classes, and creeds. Most evangelicals are in America and sub-Saharan Africa as local churches in communities. Individual churches are connected with the universal evangelical through a common faith.

Entering any evangelical church near you for the first time, you will be regarded as a disciple, given a welcoming treatment, and accommodated accordingly. As a young disciple, you need to open your heart to the possibilities of having a new faith and family. The evangelical church is largely generous according to God’s word; they see one another as joint heirs of God’s kingdom and don’t segregate. They also treat one another like they would to their family member. They believe that everyone has an equal right to God and he is open to all. They nurture every new convert as they teach and take them through the new life given by God alone, the faith they all hold dear, and what God’s grace truly means for all believers. The evangelical churches regard themselves as New Testament believers who worship God through faith in him and his grace which is a gift to them.

Church.org is a body that helps people find the nearest local church, and it is a platform that encourages fellowship and unity in the body of Christ. There is room for every church to return to what they are supposed to be when doctrines are evolving. Prayers and service opportunities are shared on this platform; individual churches can host meetings via this communication tool. 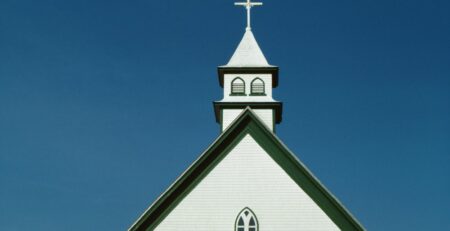 How should you Choose Authentic Christian Denominations and Catholic Churches

A Christian denomination is a unique religious organization that reflects Christianity through different... 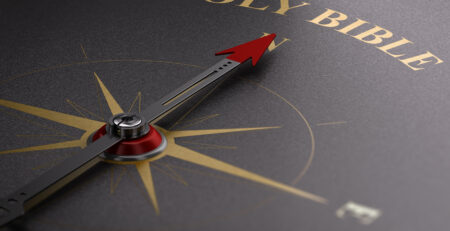 What Should You Expect When Going to a Compass Church?

Of all the religious groups, Compass Church is probably one of the least-known...

Protestant Church Near Me

Finding the right church can be very challenging if you have just moved...

How to Find a North American Lutheran Church Near You